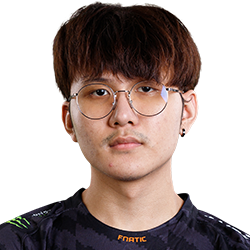 JabZ is a Thai player who was first recognized for his stellar performances with Signature.Trust. Over time, he slowly transitioned from a support position to the mid lane, which he also initially played for Faceless. After months of disappointing performances and results on LAN, JabZ has made the transition back to support. Signature support heroes include Earth Spirit, Io and Chen. Signature mid lane heroes include Tinker and Storm Spirit.