The 62 New Items From Neutrals The outlanders update has finally come to save us from playing the same game we’ve been playing for years. We all expected changes but the level of change this patch brought is staggering. There have been so many changes that we’ll be figuring out the meta for months if not years to come.

There is too much to cover so we decided to break up the analysis by sections. In this section we’ll be covering the new neutral item drops.

From the Outlanders patch page:

“Neutrals now drop unique items that cannot be sold, but can be shared with allies. There are five tiers of items that drop over the course of the game. Within each tier, the odds get cut by half for each subsequent drop. Items of a specific type will only drop once for each team. Drops only begin after 5 minutes.”

There are 12 items in this tier and it features the return of fan favorites, Poor Man’s Shield and Iron Talon. It seems as if Valve wants to make farming neutrals a more impactful part of the game and the return of the Iron Talon may indicate this to be true.

The buffs provided by these items can be significant. The Broom Handle item increases melee attack range by 35 and provides 12 damage and 3 armor. This item used on heroes like Monkey King or Tiny can give them an attack range like Templar Assassin or Weaver and that adds a whole new dimension to the game that the enemy has to deal with.

Keen Optic, another item in this tier, increases cast range by 75 and +1.5 mana regen. This item is similar to the Broom Handle but for casters and once again, adds more layers in the game that everyone has to deal with.

In tier 1, the items are nice little bonuses that could help turn the tides if you’re behind. There aren’t any game winning items here but in the 5-15 minute range, these items can alter the course of the game.

Tier 2 features the return of the Ring of Aquila, one of the most built items for core players back when it was available for purchase. There are 12 items available in this tier and they provide similar types of bonuses as tier 1, except scaled up.

There is the Philosopher’s Stone which grants +75 GPM, +200 mana, and -35 attack damage for a nice GPM boost for casters.

Repair Kit can also be found in this tier. This item has 3 charges and can repair 40% of a tower’s health over 30 seconds and provides +10 armor and +4 multi-shot during this period. This is an ability that only Treant Protector used to have but now it’s available as an item and adds further options for your game strategy.

12 items here once again and now they start getting interesting. Usually at this timing, late game has arrived. If the game’s not over yet then teams are starting to prepare to end or defend to the end.

Some bonuses you’ll find in this tier are:

These can be game winning. You can tank through an initiation and then instantly heal yourself for 500 health, that can win you a late game fight. True sight can find invisible heroes for pick offs, ensnare can start a fight, and bonus magic and status resistance can help you in fights.

A 45 minute long game is a long game. At this point it’s late game but at 70 minutes it’s super late game. In this tier it seems like Icefrog and Valve are saying, alright head to the jungle to end the game. Of course, jungling at this time is dangerous and can be game losing if you’re ganked.

One item that seems utterly broken is the Prince’s Knife. This item has +60% attack speed projectile, and your next attack hexes the enemy hero for 1.5 seconds with a 12 second cooldown. Imagine a Sniper in the back lines with maximum attack range adding crowd control to the fight simply by auto attacking. This would be frustrating to deal with and a fight winner.

In this tier, the items you’ll find are similar to the most expensive items you can buy. Finding these items would be a huge game changer if your cores have less items than the enemy cores but get a lucky drop and all of a sudden your cores are equal to the enemy.

There is the Havoc Hammer which provides +60 damage, +18 strength, increases base attack time by 0.3 seconds, and has an activation which knocks back enemies within a 300 AoE by 250 and reduces their movement speed. This item is like something a Sacred Relic would upgrade to.

Here is where you’ll find the best items in the game. At this point if you could go full 6 slot it would be better to go full 6 slot with these items.

There is the Fallen Sky item which combines Blink Dagger and Meteor Hammer and has an active that lets you blink into an area and stun in an AoE. This item could work well with Crystal Maiden who shows up like an asteroid in the middle of your team, pops Black King Bar and presses R.

There is also the Trident which combines Sange, Yasha, and Kaya together to form a super SangeYashaKaya item and increases all the stats those items provide to 33.

Phoenix Ash is another item and it’s basically like an Aegis except instant and provides stats. You get +30 stats and when you lose all your health, it heals you to full health and gets consumed.

There’s the Desolator 2 which is the sequel we’ve all been waiting for. You get +100 damage and debuff your target by -12 armor.

There are way too many items to cover in one post, this was just an introduction to the tiers and the new items. What you should expect is a whole new way of playing Dota. There have been so many new things added to the game and the possible strategies just became even more endless.

What item do you think should be removed? What item are you looking forward to using? Prince’s Knife seems pretty good to me since hex is one of the strongest spells in the game.

The RNG change.
It's interesting BUT a bit gameplay breaking random factor. they nerfed my boy riki so bad ;(

Broom handle is the strongest since it gave me a trauma and anxiety. 10/10 opfrog nerf pls IMHO Flicker is absolutely broken. Cooldown is too short for this kind of save. I am playing Diablo III and i like this game since part 1, but this feauture in DOTA changed game to 0 skill but RNG to win the game on tier4-5... 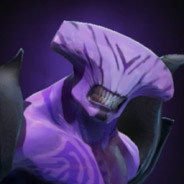 I think it is OK that Leveller got nerfed. Was way to strong especially for range heroes. Generally the items are OK - not that super-powerful people may think and they increase team cooperation.

Get rid of this godforsaken thing now. Win your lane and show up to team fight. Enemy has just as good as items as you from neutrals. Horrible mechanic. Unnecessary. Get it out. 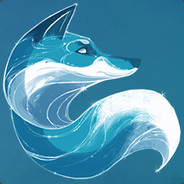 > MichEUL Jordan#23_SkadiPI...
how's that? I've played maybe 10 games after the patch. And not a single one of them lasted more than 40-45 mins, so I've never even seen those tier 5 items Pepegs actually thinking the items are broken minus the 70+ minutes items most are fairly balanced and not game changing unless the enemy has clearly snowballed. talon only after 5+ min is a joke I've been playing Dota since 2005 and never stopped ,this update just ruined the game for me ,valve should listen to players feedback and i think the item drop rates from neutrals was really stupid 10% !!! thats huge the games economy is a disaster now ,the new heroes added both need nerfs specially void spirit ..
i think valve should consider a new team to develop and balance the game because you are already losing players and you probably will lose much more players with these lol like updates

When I told them to bring back jungle, I was expecting more game friendly changes that would allow some kind of flexible rotation in and out of the lane. Unfortunately or fortunately, they bring in new broken items in RNG fashion which rewards supports with the ability to jungle. A lot of good and bad here but I think hybrids benefits the most. random drops are fair and balanced Yes, but even if you think the items aren't broken and doesn't change the game that much. Why even put them in the game? Tier 1 is now farmed at 7 mins and they keep nerfing them. So why add items that just take up a slot just for looting? It has no reasl reason for them. I'm okay with the tier 5 items. It has purpose of "ending the game".

The item really bolster the interaction between players, at least for me. The carry would give keen optic, Mango Tree, Ironwood tree to supp because it is useless for them and can't be sold, good but not broken, this is really important.

Now hitter will give caster arcane ring, essence ring, or nether shawl, and vice versa according to item

At first I also sceptical about the neutral item and outpost, now I like it because everyone need to share item to each other and guard an outpost and bounty near it for juicy EXP and GOLD, which is really good for supp life. at first i see the neutral item as a joke, but i feel that it is a very refreshing new addition and make dota more fun in a certain way. and i very much agree with "you get used to 2k", neutral items encourage communications between team member