Dust didn’t even get time to settle after the DreamLeague Season 13 Major and we already got a new gameplay patch. Unlike typical post-Major patches this one wasn’t concentrated on hero balance as much, instead trying to refine newer mechanics and even getting rid of some older ones.

Shrines worked pretty well as a concept for the last three years. They provided a teleportation spot, allowing teams stuck in their base to have some way to contest the map. They also helped during Roshan stalemates, providing flash heal and usually giving an advantage to a more prudent team.

Outposts fully took their place in the game now and there are several crucial differences. There are only two outposts on the map and they are situated in the primary jungles, meaning Radiant doesn’t get a quick access to Roshan if their top and middle lane towers have fallen. Radiant did have a small win rate advantage over Dire in the professional scene in 7.23 and perhaps it is a way to compensate for it.

Moreover, unlike Shrines, Outposts can be claimed by either team from the start of the game. Teams with better map control will definitely be in an even more advantageous position, though given small vision range on new Outposts reclaiming them shouldn’t be too much of a problem.

Teams now also potentially get a way to teleport onto the enemy side of the map, which previously was only possible with the help of BoTs or Underlord. We feel the latter point will come into play more often than it looks: the ability to buyback and get back into fight when your team is making aggressive maneuvers on the enemy side of the map should not be underestimated.

The system was substantially reworked in the new patch: neutral item effects were tamed slightly and, perhaps more importantly, you can longer stack several of them on a single hero. The latter was frequently a problem, as it allowed many tempo heroes to snowball out of control: with several lucky item drops they could ignore some stats and defensive items and go for heavy hitting weaponry, without sacrificing their survivability.

There are also more Neutral Item drops per Tier. This change somewhat mitigates the randomness of the system and as a whole it now looks a lot more choice-based rather than luck-based. We are certain it will keep on being iterated on, since now new mechanic survives the first contact with the community unscathed, but it looks like Valve are going in the right direction. Though the problem of certain hero+neutral item combinations still persists, even after the Essence Ring got reworked.

The problem with GPM talents wasn’t that they were unbalanced or unfair. They were just really, really boring. In most cases when presented with a choice of a small spell upgrade or a potential extra item that you need or will need for this exact game situation, the answer was too obvious.

Luckily the GPM talents are finally gone and we hope they are gone for good. Their replacements can’t all be called interesting or inspired, but once again, it is a step in the right direction. Ideally, and we really hope it happens by TI10, talents will slowly get overhauled to always provide hero-specific upgrades, rather than generic stats boosts. Sure, it will ruin Ability Draft, but it would probably be worth it.

The respawn timer for low-level heroes has been changed drastically and we feel like this is going to be the big change many overlook. Early game deaths are considerably more punishing for both cores and supports: former dying means they are off the map for longer and potentially miss a wave of creeps, latter dying means their core is exposed for longer, once again resulting in missed CS and maybe even XP.

Overall, it is still hard to fully understand how exactly this will change the game, but it is something really worth keeping in mind. Denying yourself to towers to replenish resources suddenly became a much worse idea. Going for plays in mid is also slightly more risky, but the payoff is also greater. Finally, early game skirmishes and calculated aggressions got better: there is a lower chance an enemy hero will respawn in time to rejoin the fight, while the initial buyback cost got heftier.

Dota is an ever-evolving game and that kept it fresh and interesting for almost 20 years now. Sure, there were missteps along the way and not every patch was good gameplay or balance-wise, but it is clear that Valve is willing to learn from its mistakes and keep on iterating on the game. This time around, at least from first impression, it looks like all the steps were taken in the right direction.

We will continue to closely monitor the meta in the new patch and will discuss the hero balance changes in the next blog post. So glad the GMP talets are gone, just like the previously removed Respawn Reduction Time, I always took them both. No more glimmers and force staves to saving mispositioned cores, you are on your own These are all great changes other than the outposts.

I love the increased buyback penalty, I've always disliked the buyback meta where you aren't really punished for buying back like you used to be with the old debuff. This change this bring us back to the days of buyback feeling painful, especially early on.

The GPM talents made the game harder to balance and made some heroes inherently more item heavy than they should be. I might be the only one but I liked the old position 6, it felt like you were actually a support and not a 5th core hero; with free couriers and wards support life has never been easier so I think its fair the GPM talents have gone now.

The neutral item slot is a really good solution to the issue of neutral items 6 slotting heroes at the 20 minute mark. I'm still not sold on the concept but it shouldn't feel broken anymore.

The outposts though, having the ability to TP to the opponents jungle seems broken, I can't see that lasting. 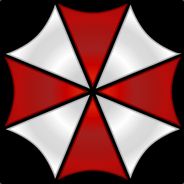 Yes, he is back into meta recently after years of irrelevance, back with too much anger maybe, he should calmed down now :) They hate my Snapfire so much they gave his 4 damage to Jugg. Now his items mango and maelstrom are nerfed. Best of all supports can only have one neutral item so they fall off late game.

I wilL jUngLe for 10 mINutEs bEcauSE GPM TaLENt iS ReMoVED. I really hate the new item slot because you can't set the active key based on what the item does. Side shops need to come back, the outpost were a dumb idea. Also neutral items was proberly the worst thing that happend to this game since TI5.... All the jackasses missed was fucking QUESTS in the jungle ......... Fucking PVE cores!!!!!!!!!!!! The neutral item idea is very good. But as players get used to the new mechanics, their MMR can drop significantly. But you can order a mmr boost from professionals https://boost-hub.com/catalog/dota-2/dota-2-mmr-boost/