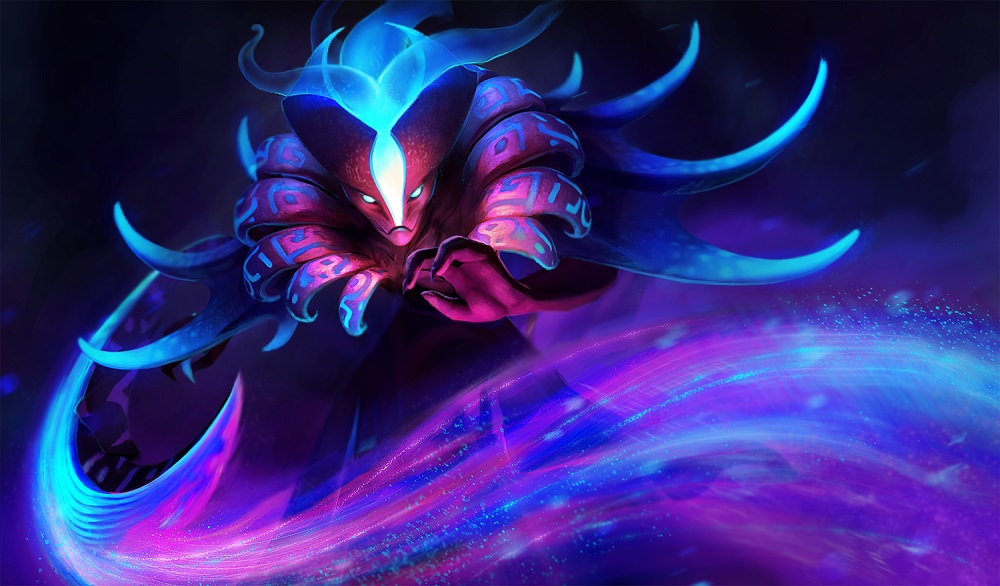 Spectre is easily the most consistent carry hero in the game right now, and it looks like a lot of players are struggling against her. This tanky, surprisingly high-damage core has a decent laning stage, extremely versatile mid-game, and almost unparalleled late-game potential. So how exactly do you deal with the hero?

Perhaps an unreliable, yet quite effective way of dealing with Spectre is simply going after what makes the hero strong: Dispersion. While Silver Edge is no longer stat-agnostic and doesn’t exactly fit any hero in the game, it can still be built on most melee cores regardless of their primary attribute.

It is a huge help as long as the hero with Silver Edge can actually utilize the short duration of Break to deal meaningful damage. As such, don’t try to rush it as one of your first major items if the invisibility aspect, the Echo Strike, and the added mana regen is not something your hero wants naturally.

Alternatively, there are some heroes who have a built-in Break in their kit. Viper is among the most successful heroes against Spectre since any lockdown on your team will force Spectre to go for BKB — an item Spectre rarely wants. Another long-forgotten option, is Nyx Assassin, though fitting this hero into lineups can be problematic: the hero has very little damage and needs some very specific teammates that can utilize the lockdown and provide all the damage during midgame.

This brute force option is definitely worth discussing, but it is still quite inconsistent: you are not going to have a natural Silver Edge carrier in all of your games, it doesn’t necessarily help when being initiated on and heroes with built-in Break are great, but not ubiquitous. So other options have to be explored as well.

Quite frequently, trades in teamfights are unavoidable, but against Spectre it is absolutely necessary to prioritize the lives of your supports. Desolate is a massive increase in DPS, but it heavily relies on the target being isolated. While grouping up is not necessarily the best of ideas in Dota, against Spectre, remaining relatively close to your teammates might be necessary: the Pure damage is simply way too powerful.

Another, pretty great option is to have summoned units at your disposal. The current Spectre build rarely includes Radiance, instead of focusing on an early Manta Style + Diffusal Blade combo. Having a creep or two strategically moving around the fight can be quite devastating against Spectre’s DPS.

In fact, Undying is probably one of the hardest Spectre counters in the game: constantly spawning zombies ensure that desolate doesn’t proc most of the time, saving the lives of supports and conserving the resources on cores.

It is really hard to deal with Spectre in a 1v1 fight for most cores, but with an ally, any ally, this fight becomes much easier: without Desolate, Spectre doesn’t really deal much damage or at least doesn’t outscale most similarly farmed carries.

Keeping an eye on the clock

One unique aspect of Spectre is that she can join any gank in any part of the map, as long as she has Haunt. Know when it is off cooldown and act accordingly: if the enemy team has any sort of long-range initiation, be it one of the Spirits or, basically, any hero with a stun, be sure to have a buddy system in place.

Spectre ganking a solo target and Spectre getting into a 2v2 fight are two completely different things, as discussed above. Simply being there for your teammate can ensure their survival, or at least ensure they will be able to use some spells and maybe buy time for your team to join in.

While it more or less fits into “prioritizing life” aspect, this point has to be stressed. One of the reasons Spectre is so powerful in pubs is because her macro game is incredibly easy: you farm safely and can join any fight from across the map. It is easy to execute but doesn’t necessarily give any advantages. As long as your team’s macro is well thought-through, Spectre can be baited into wasting her ultimate and then becomes significantly less of a problem for two minutes.

Spectre is easily one of the most annoying heroes to deal with in pubs, but her pro-scene win rate isn’t particularly impressive. This means that the hero isn’t necessarily overpowered, she is just easier to execute, and that gives her an advantage.

Another reason is that pub players are kind of terrible at finishing the game and while Spectre is not necessarily a late-game unkillable monster as she once was, her late-game has to be respected and avoided, if possible.

What are your thoughts on the hero? Do you think the hero should be nerfed or is it the players who are simply allowing her to get too much and then complain? Share your thoughts in the comment section below. Shadow demon aghs does remarkably well against spectre. An option could be for a Mid Alch to rush one value aghs to an SD after radiance Considering how doom is right now,he is quite good agaidt spec. He can lane well vs spec with his regen alongside spec pretty low kill potential. He also cam farm aghs pretty easily considering how bonker devour is right now combined with the talent If it goes like 50ish minutes, your average offlaners with stronk rightclicks like Pit Lord, BB, Tide or legion can totally go silver edge and just use it for the break.
Bristle/LC/Tide with the talent all hit like freight tons. My past experience as spectre. Versus pa lifestealer and slark. 3 with silver edge (turbo games duh). I was instantly melted with three hitting me at the same moment
Cant even trigger bkb or manta.

Also its a 4v5. The turn around hero sandking disconnected :( dealing with tb should be the post my amigo xd ‘In fact, Undying is probably one of the hardest Spectre counters in the game’
Me: Ah i see you're a man of culture Pick ET 3 and bash her fucking brains in