Over and Underrated Hero Stocks 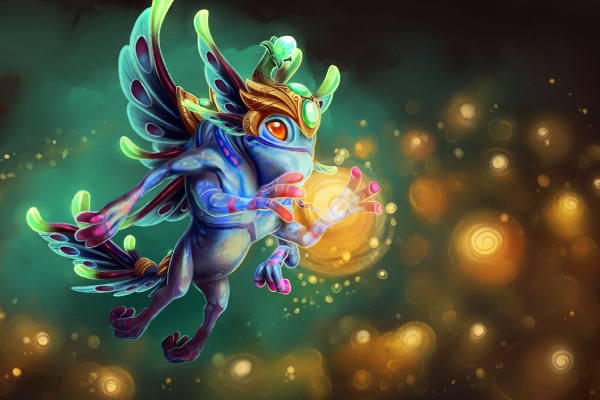 Hey guys, have you heard about the stock market?! Want to take some wild risks by investing in meme stocks that could either quadruple in value this week or be worth absolutely nothing tomorrow? Yeah, I bet you do since so many of you are literally gambling away your MMR by picking hot garbage like Phantom Assassin and praying for Coup de Grâce procs to bail you out. We here at DOTABUFF appreciate a savvy investment approach when deciding what heroes are worth picking. With so many options and only limited time before the meta shifts, here are some hero trends worth watching while the opportunity lasts.

Puck is the best hero in Dota - Buy!

This may seem like an odd take considering the hero is nearly first phase material in every DPC region. Despite all this focus on both the pick and ban sides, Puck continues to win. In nearly every position as well. Puck brings strong laning, strong team fight, drafting flexibility, and early aggression while also having options to scale late.

Witch Blade has given Puck an amazing early power spike, and the ability to transition into right-clicking pseudo carry makes the hero viable in every game. Pro teams are prioritizing this hero like crazy, counter picking it, and Puck is still consistently winning. In pubs, Puck is definitely undervalued outside of the highest MMR games. Considering that Puck’s magic burst, early tempo, and lockdown potential counters the vast majority of popular heroes, it really is close to free MMR until the inevitable nerfs come.

Do you hate the new Outworld Devourer? How about those smurfing Invokers? Do all the Spirit spamming mid players keep stomping your games? Nyx Assassin is a meta counter in one single pick and has become a first phase ban in nearly every single professional game for this reason. Despite a weaker than average laning stage, Nyx Assassin pretty much ruins the game for every popular or strong hero in the current meta. The hero gets massive value almost every game thanks to huge nuke damage, great scouting, and so many easy abilities to stun combo off of with Spiked Carapace.

When the patch first dropped, Nyx Assassin was all the rage. With a new powerful Aghanim’s Shard and countless buffs over the past few months, it was clear the hero was overly tuned. Even after the nerfs, it’s pretty clear that Nyx Assassin is one of the best heroes in the game at countering the entire meta.

Keeper of the Light is undervalued - Buy!

KotL is one of those heroes that most pub players avoid for a variety of reasons. Not enough direct damage, no more Will-O-Wisp, carries will report you for blasting waves. The pick rate and win rate are both quite low, and the hero has even fallen slightly out of favor in the pro scene. Even so, the value that Recall provides is simply too good. With even a slight amount of coordination, it is possible to turn any farming core into a Spectre by allowing them to play away from the team and be Recalled into any good fight.

In addition to that, Chakra Magic remains one of the best support skills in Dota, especially in pubs where players often have poor mana management. Finally, Keeper of the Light pushes out creep waves better than most other supports. Considering how poorly most pub players manage their wave pressure, few heroes are more useful at this than Keeper of the Light. Don’t be dissuaded by the low win rate; investing some time into learning KotL will pay off in the long run.

Batrider completely took over high-level pubs and professional games when Icefrog gave him the ability to farm Ancient stacks. The immediate nerf to this has significantly reduced his timing window and stunted Batrider’s game as a whole. The hero still can crush lanes against good matchups and certainly has some ability to carry games from the mid lane. However, people are getting better at playing against Bat, and many counters to the hero are being rediscovered.

Considering the strength of a hero like Nyx Assassin and the rise of carries like Juggernaut, Weaver, and Phantom Lancer, it’s a pretty safe bet that Batrider’s days at the top are numbered. Batrider will probably never be a bad hero, but he is definitely not the Ancient farming menace from just a month ago either.

Outworld Destroyer is getting nerfed 100% - Sell!

As usual, when Icefrog reworks a hero, the results are usually incredibly good or incredibly bad. In this case, Outworld Devourer has turned into an oppressive monster since his most recent patch. Quite frankly, OD’s stats are all way too high, and it’s basically the only reason the hero is remotely viable. Yes, he has strong laning, and yes, he has some weird role flexibility thanks to Meteor Hammer. However, I think that OD is one nerf patch away from being completely terrible once again.

Regarding his flexibility and the Meteor Hammer combo, this seems like a poor man’s Tiny in terms of damage. It’s also a very slow combo to pull off and requires you to burn your save mechanic in exchange for set up. Right now, OD is a hero that either saves his team or scales for damage and in both roles, he is slower and more awkward than other comparable picks.

Shadow Shaman for experts only - Sell!

The new Aghanim’s Shard has brought a lot of Shadow Shaman players back from retirement. Oh yeah, more Serpent Wards!!! Unfortunately, the hero still has some of the worst attack range, movement speed, and turn rate in the entire game. This means that Shaman is a huge liability in most lanes as people try to abuse his high damage but end up feeding instead. Shadow Shaman still has plenty of tower pressure potential but realistically needs his team to capitalize on his disables.

So far, EG.Cr1t seems to be one of the only players who is actually realizing the hero's value, and most of this has to do with his ability as a position four player. Shadow Shaman rewards players who can out position and captain their teammates into making plays. For most Dota players, these are two of the hardest areas to properly pull off in pub games.

The meta is in a constant state of flux. There are consistent picks and volatile ones that create a lot of opportunities to find value. Good heroes get figured out and wane in strength while undiscovered gems are finally brought to light. With the Dota Pro Circuit league system in place, the meta has never been more likely to change at a rapid pace, even without balance patches to push it along. btw kotl with 44% winrate buy , OD king of the patch sell? were you drunk or what? can u really say od is getting nerfed 100%? I mean icefrog has left some things broken for a good while, like necrobook and snap aghs. the frog works in mysterious way. you can't deny that I wish everyone who see this have a nice day!

jk you will be losing 10 ranked games in a row. Certainly skills/items can be left un-nerfed for awhile, as it is only a single broken aspect of the game however in OD's case his stats overall are too OP which pretty much guarantees a nerf in the upcoming patch. He has high base hp, base movement speed, a saving mechanism which also works as a setting mechanism and even has overall high damage output without much items. One hex from Lion and then dirty Finger and puck chilling at the tavern. This is really just off the mark, some of the dumbest takes I have read in a while, in a format that references a meme that is weeks old at this point, and largely dead. It's cringe, the information is either incorrect or pure speculation, and it misleads whatever minor % of the community still relies on these articles for useful content for their games i feel like riki is good this patch, tho it prolly doesnt deserve to be in the op or nerfed list