Heroes Who Could Really Use a Nerf

It is unlikely we will see a balance patch before the qualifiers to the International begin, but one can hope and dream. Not necessarily because the meta as a whole is broken in any way, but rather because there are some heroes who are just too good and too popular. Today, we are having a look at heroes who fit these criteria and will discuss ways in which they could be brought back in line.

Terrorblade is among the most problematic heroes of the current patch. The established “heal meta” works wonders when the hero being healed is one of the most armored heroes in the game: every bit of HP gained translates into tons of survivability, given how late-game Terrorblade has roughly 75% physical damage resistance.

His damage output is equally impressive, as is his farming speed, but that was always the case. The biggest change the hero received wasn’t in the patch notes — it was in how the game is currently played and how carry players are currently expected to be slightly more self-sufficient.

Terrorblade’s Aghanim’s Scepter, which was only recently discovered to be worthy, is a massive game-changer for the hero, and while we fully welcome this teamfight-capable Terrorblade, we don’t think the hero should be this good at so many things.

As it stands, Terrorblade has the second-highest Agility growth in the game, if we take into account Morphling’s attribute shift. This means that as long as TB has levels, he will have respectable DPS. This, coupled with the ranged form, makes TB a very powerful carry, but now he also gets an extra ultimate on top. One that is almost comparable to Ravage in its teamfight potential.

Terrorblade doesn’t have to make a trade-off in the current patch: he can still keep up in terms of DPS even if he goes tanky, “utility” build with Aghanim’s Scepter and BKB as his second and third slot. Reducing his Agility growth, however boring, might be a good way to balance the hero. We like that the hero has options outside of using Meta and hitting people until they die — it enriches the hero’s playstyle. It is fine that Terrorblade gets to occasionally be a Tidehunter, but it is not fine that he gets to be both Tidehunter and Terrorblade simultaneously.

The hero keeps getting nerfed, but professional players keep on picking the hero and keep on being successful with it. The reality is simple: after receiving the spell-immunity piercing Dream Coil, Puck became low-key broken.

Dream Coil is the strongest “fixation” in the game. At its best, it is a skill that prevents the enemy from running away for 12-seconds. As long as you have damage to back it up, it will be useful, and in a meta where heroes like Terrorblade are running rampant, there is no damage shortage.

Puck is incredible when your team is ahead, but he is equally good when played from behind. Several mobility options on top of general elusiveness make him an ideal candidate for stalling the game and winning time for some greedy late-game core on his team.

Finally, the hero deals a very respectable amount of damage even in the later stages of the game. His talents allow him to be a threat to supports throughout the match, as Puck can end up being a mixed damage core, not just a magic damage nuker. We believe this is what makes the hero problematic right now: much like Terrorblade, he just does too much and we hope either the hero’s right-clicking capabilities or his magic burst get a slight nerf.

It might look like Timber is a niche hero who only got popular because there are many popular Strength heroes in the meta and this assessment is largely correct. The problem is, Timber is just too good in a vacuum as well.

The latter is devastating against Strength cores and is one of the most annoying things to lane against, sure, but the Agility loss shouldn’t be underestimated either. For example, a late-game Terrorblade would lose roughly ~30 Agility from a single stack of Whirling Death.

That is ~30 Attack Speed, ~30 Attack Damage, and approximately five armor. It is a lot and not only does it make Terrorblade less of a threat, it also makes him more susceptible to physical damage as well. The same logic, albeit to a lesser extent, can be applied to most other Agility cores.

Timbersaw might be a very strong anti-Strength hero, but he is just a good hero in general and that would be fine, if he wasn’t a bit too strong of a lane dominator as well. We believe that the hero’s laning stage could use a small nerf: right now the hero is too annoying to lane against and almost impossible to shut down. There is very little risk associated with picking this hero, when he counters half the hero pool, is adequate against the other half and isn’t particularly countered by anything himself.

These are the three heroes we believe are most worthy of receiving nerfs, excluding Broodmother, who is simply too broken to even discuss. Do you agree with our list or do you think some other heroes are considerably more problematic than the ones we discussed today? Leave your thoughts and share your frustrations in the comment section below. Winter Wyvern is imo the most broken of all but that is because of Holy Locket I guess so at the same time she doesn't qualify.

^nerf locket and Wyvern will still be good but not stupidly busted, right now she can effectively nuke her teammate back to full HP from 5% Seems like a seriously bold prediction saying there won't be a balance patch before qualifiers, especially with this big event due this week; thats a good time to coincide with a patch. Seriously TB is broken ? a 48% winrate hero who is countered by every nuke midlaner in the game (puck/zeus/tinker/invoker/pugna/sky/lina/all the spirits) and by every carry who has a bkb and a maelstrom, and pl, and drow.. as for offlaners he suffers against dark seer, sand king, axe, tide, mars, cent....
how many more direct counters you want for a hero?
He isn't broken, he needs buffs. Pro teams play 4 protect 1 now, thats why the pick TB. In pubs he's mostly unplayable since the sunder bkb change change.

Also most of the major's TB games they didn't even buy Aghs... your aghs take is wrong. It is still worse than damage/stats items by far. Gz for this trash article. AA, mars, was the most picked heroes in major. And in pubs they are soooo good right now. Phoenix and ww with locket are insane. But if u think a hero shouldnt do 2 things, then tell me, where is axe in that list? A super tanky axe with pure dmg like (higher and aoe, so better) spectre with that shard? someone forgot cm, she is too overpowered rn with that movespeeed *look at winrate of said heroes* This article is a fking joke 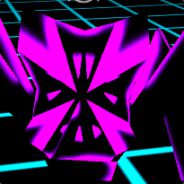 Puck swung out of the meta for quite a long time before the 7.28 (when he got buffed). It was really wild, before the buff, puck couldn't clear a creep wave and has to right click a few before you can spam combo the creep wave. Rendering his damage useless during late game. He got nerfed since while it was a great buff for Puck to farm, it was too good for Team Fights. As he got nerfed, I think the current Puck is already balanced enough. Puck has a below 50% winrate in all ranks in the last month, how is the hero broken. His winrate is so close to 50% that surely he is in a great place at the moment? Yes, he had 63% winrate at the Animajor, yet the same can be said of most meta heroes when pros play them in tournaments. People who are bitching and crying on this article, while saying "Look at the winrates!!!" need to realise this: The author CLEARLY is talking about the pro scene. He's writing this right after the Animajor, and while many of you (understandably) don't follow the meta like the pro's do. And the OP is correct, said heroes are to good and can create a stale, 1 trick meta which isn't fun for both spectators AND participants.

And while the pro scene is only 0.1% of the playerbase, we all know that balance is for about 85% based on what happens during tournaments, since nearly half of the shit that gets changed between patches barely get any plays in your average pubs. Io nerfs, anyone? Tb's aghs is on 80 sec cooldown and cannot pierce bkb and it certainly does not stop him from gone on as 5 and being bursted before you have a chance to use it. Bruh, TB is far needing a nerf, too many heroes are annoying for him to play against (ZEUS, LINA).

@Arius There is still a limit in how you can nerf a hero based on pro level play when said hero has a below 50% winrate in pubs. Sure, you can balance the game only around pro level play, yet that can make heroes unplayable in the 99.99% of games that aren't played at the pro level. A 55-60% winrate pub hero isn't going to see any direct buffs to the hero, even if it sucks at pro level, otherwise the playerbase isn't going to be happy. brood is balanced and unbroken hero : ) The problem with this kind of articles is that it highlights broken heroes that couldve fled under the radar. I have not seen a single TB aghs in my ancient pubs before this article, and now they are all over the place. So thanks for the informative content, but also pleaserefrain from ruining my support life in the future. I dont think Terrorblade is a problem. Puck definitely needs a rework though and I was surprised to see Winter Wyvern and Axe not on this list as they are busted AF. Surprised no one is talking about Luna. 11th most popular, 53%+ winrate is broken as hell.