The new patch didn’t change the game a whole lot, but it addressed several very important oversights of the previous patch. The end result is unlikely to shift the meta in a major way, but that wasn’t the intention behind the patch. It was more about working on mistakes, and our first impression is that Valve largely succeeded.

BKB was nerfed in a very straightforward fashion, which is rather disappointing. Increasing the cooldown from 75 to 90 seconds is a big deal, as the window for punishment is much larger and the tempo of the game should be slowed down just a little bit. Meaning there is more opportunity to farm up between fights as well.

It is not one of the potential creative solutions to the BKB problem we’ve been experiencing lately and it’s not doing a lot to dissuade players from building it as their first item. It’s just that the counterplay potential is higher. Patch 7.31 still feels like a BKB Patch and it is unlikely to change any time soon.

Changes to Salves are a bit interesting as well: we feel like the intention was to alleviate some pressure off supports during the laning stage and slow down carry ramp up. However, it is also a change that can potentially backfire.

Wraith Pact now being larger, giving a bigger bounty, and dying slightly faster is an amazing change: it didn’t take away from the strong play of having Wraith Pact, but made counterplay to it more straightforward and more rewarding.

We also feel like Butterfly could become the next big thing. The change might sound irrelevant, but five extra Agility out of nowhere is five damage and attack speed, as well as almost a point of Armor. Butterfly was already quite efficient as an item and this change might bring more Agility-based hard carries back into the meta.

Finally, there is Revenant’s Broach, which received some QoL changes resulting in a net buff, in our opinion. Sure, it costs slightly more mana, but 50 mana is trivial in the context of a 6k+ gold Intelligence item. We are still not sure how well it fits into the game, however. In our opinion it is a “solve a problem” item in a very small subset of games, e.g. when playing against heroes like Morphling and Terrorblade and their ridiculous amount of armor or when playing against Necrophos, Pugna, or Leshrac with Aghanim’s and their innate Ethereal effects..

Most of the time it is going to be a “win more” pick up, though: not something your team truly needs, but rather something that allows you to feel even more comfortable in an already advantageous position. This is frequently punishable by the opposing team and that is why we rarely see the item picked up in high level lobbies or in the professional scene. In this regard very little has changed for the Broach.

There were very few noteworthy hero changes in the patch. Chaos Knight stopped being as much of a menace as he used to: his laning stage should be much harder now. Dazzle might be crawling into relevance with the second Shard buff in a row. Two-second Hex in a pretty big AoE can be quite powerful in the right draft, against right heroes.

Both Magnus and Elder Titan received some buffs, with the former getting his Aghanim’s Sceptre improved even further. It now reduces Base Armor by 75%, making it a very viable counter to Agility-based hard carries in the later portions of the game.

Coupled with Revenant’s Broach and Butterfly buffs it feels like Valve are perhaps preparing players for the next patch already: the one where Agility hard carries are going to be significantly more relevant.

Mars receiving nerfs is the balance team explicitly telling everyone to give the hero a rest. For a hero that wins 40% of his pro games, receiving nerfs is not unheard of, but it is pretty rare. Maybe with his attack damage reduction offlaners will stop asking for this now very underpowered character.

Both Slark and Tinker, probably the most annoying heroes in Dota, received some small buffs, but we feel like they are still far from being overwhelmingly scary. Slark should be in a better spot during the laning stage when the hero is at his weakest, but his late-game potential is definitely lower: losing 20 seconds of duration from Essence Shift stacks makes snowballing one good fight into the next one that much harder.

Releasing a big patch in the middle of the DPC Tour would definitely be a bad move so we are not surprised this patch was rather small. The big question is: are we going to get the next big patch between the end of the DPC Tour mid-July and the start of the Major in early August. Or will we have to wait until after the Major.

We sincerely hope it is the former, but we are afraid it is going to be the latter. What are your thoughts on the matter and what are you hoping for in the next big patch? No mention of the salve and bkb nerf affecting jugg? It's...kind of a big deal.

Not a big deal that the most picked, highest winrate pos 1 is not at all affected by a massive laning phase sustain nerf and bkb cooldown increase that affects pretty much every other hero? Yeah, you right, you right. Shhh Zoi, they might figure out that Jugg is the easiest and most broken carry currently. That would be bad for my road to immortal. Healing Ward OP.

why is chen doing so well right now bros, everything in patch relating to chen got nerfed
this is the patch of insane micro, chen and meepo are winners o.O

@zoi Dear Crusader, why you hate Jugg and so butt hurt lmao

Pointing out statistical anomalies that have been omitted is a matter of being butt hurt? Yeah, you right, you right.

You are overestimating the impact of salve/bkb changes on jugg, his win rate didn't change at all:

He was a good hero, he is the same good hero right now. Not OP, just mostly easy to execute well. One day is enough to gain a firm statistical understanding of how a patch is affecting the game? It's not important in an article analyzing a patch with two fairly substantial nerfs to pos 1 lane sustain and bkb cooldown to point out the one pos 1 not really affected by either change, particularly as that same pos 1's winrate has been steadily creeping up for the past 6 months? Yeah, you right, you right.

Why are you not talking about lifestealer then? ) Same priniciple, even more so, since Blader Fury isn't a straight BKB, while Rage more or less is.

The 100 gold carries will have to spend on salve in lane now are inconsequential for the vast majority of pub games, especially in a vs. Jugg comparison.
BKB nerfs are nice, but they aren't changing anything for Jugg vs other carry matchups either, since Jugg still wants to mostly fight around his ultimate CD, which is bigger than BKB CD.
The moment they change healing ward, the actual reason Jugg is good, is when I will make an article about it)

And yes, one day is more than enough to see that there is no and will not be any meaningful changes to Jugg win rate off the back of a miniscule change. In fact, just by reading patch notes, one would know the meta is mostly going to stay the same. Marci being in the pro scene is probably the biggest thing we got this patch.

If you think it is not:

Luna is in the same boat: she is a hero who received actual buffs and she is in a better spot. Granted, she isn't as reliant on salves as melee heroes, so she didn't get a "massive laning phase sustain nerf", but the point still stands.

Stats reflect changes to hero power levels much faster than players' perceptions. They are unbiased and are a basis for most of our discussions. If there is something helping out Jugg, it is actual, real buffs he got in 7.30 and 7.31. And they were immediately clear on his win rate graph, with a second, smaller increase mid-patch when more players realised how good free lifesteal is and started taking it. What are you expecting Juggernaut player to realise, now that Salve from supports is half as effective and BKB has a 15 longer CD?

Personally, I didn't expect anything to change and statistically, literally nothing changed, hence:

@zoi of course they're right, both about Jugg and especially about your butt

Trends are not at all affected by the social implications of a patch affecting people's decision-making? It doesn't often take weeks, if not months for people to settle in to a new meta after the rigmarole of trying new things when a patch is released? That win-rates/pick-rates change in the immediate aftermath of a patch couldn't possibly be down to any of the aforementioned reasons or more hence why it's important for all statistical analysis to have a good sample size before coming to conclusions? Yeah, you right, you right. I don't think it's a troll comment. I myself have a tendency to fixate on some small detail in patch notes from time to time and hype myself up with it being the "next big thing". The last one was Wraith Pact and I turned out to be right, it was the next big thing. But the one before that was Mage Slayer and... well, you know))

Part of it is also disappointment with the patch. Rationally, we all knew it's going to be small and will try to fix mistakes, rather than change the game, but it's hard not to be disappointed slightly on an emotional level, since I do care about the game very much. Small patch + a ton of stability issues are making me grumpy, for sure.

One of the ways people might cope with it is by inventing something impactful, even though it is not based on objective reality. So, yeah, Mage Slayer on Ember Spirit/Pango and Omniknght Position Three are going to be huge in 7.31d) 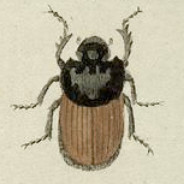 I tried omni as 3 for like 10 games in a row this patch. Feels similar to Dawnbreaker, but lacking stun hurts way too bad without coordinated supports... Also playing against puck is a nightmare :(
Gotta test it more tomorrow though. He is pure damage machine lategame, but getting there is very rough. @tv/Florimer omg, try to use bkb. and, dont chase puck. he is the most long distance hero that can move suddenly.

for pure damage, can try to use vanguard at begining of time, or use cuirass at late. you got to think about their item. and understand it.
dont be sad.