The Summit 11: Crumbs of Meta Development 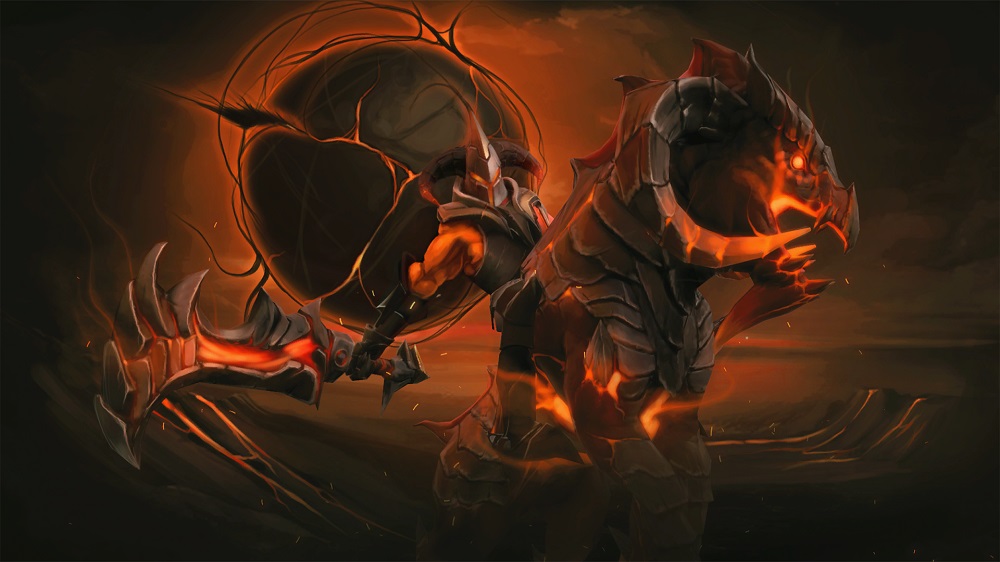 Patch 7.22 is certainly overstaying its welcome and it clearly shows in the current professional tournaments. There are almost no new meta developments and for the most part the Summit 11 concentrated on the same exact heroes as the tournaments prior.

It doesn’t mean the meta is in a bad spot, since the “usual suspects” category in Dota currently encompasses at least half of the available hero roster. Moreover, there were, indeed, a couple of experiments with a varying degree of success.

One of the top three most picked supports in the tournament had a pretty underwhelming showing: Lich won less than 40% of his games. We’ve speculated on the reasons why the hero might be bad in the current meta: his signature

Frost Shield is amazing when dealing with right-clicking heroes, but is not as effective when the meta revolves around mixed damage cores with a lot of damaging spells.

Sinister Gaze is the reason the hero’s been picked more. We’ve once nominated it as one of the weakest disables in the game and while a high-cooldown, low cast range, low duration channeling disable is certainly not objectively good, we’ve underlooked some interesting edge cases.

Sinister Gaze is quite decent against Bristleback, who wasn’t a particularly popular pick, but did show up on occasion. Forcing enemy direction does come in incredibly handy in this matchup. Moreover, unlike the majority of disables in the game, Sinister Gaze also prevents the defensive usage of Force Staff and enables the aggressive usage.

Finally, when going for a lot of extra cast range from Aether Lens and level 20 talent, it can become a situationally powerful initiation tool with considerable repositioning properties.

All of this hardly make the hero viable, let alone overpowered, but going forward, with potential buffs in mind, there might be a reason to explore the hero further.

Chaos Knight lost his flavor over the years and became a lot more reliable. At first it allowed him to find his home in the offlane, but the current meta demands heroes with higher playmaking capabilities in the third position, so Chaos Knight is finally, once again, a position one carry through and through.

One involved ensuring he has a very strong lane: Chaos Knight lanes very well in general, but coupled with an aggressive support he can completely snowball out of control in the first five minutes of the game and generally ensure he gets full farm and solo experience until the laning stage is over. This potentially wins another lane for his team, since his support doesn’t need to babysit him. At the end of the day, it is the difference between your and enemy Net Worth that matters the most, not absolute values and the team with CK can and should try to ensure that the enemy core is having a bad game.

Second involved a more straightforward approach with Magnus. Chaos Knight doesn’t benefit from Empower as much as some other melee core, but when it comes to farming speed, it is usually enough to keep him on par with the enemy. Unless facing direct counters, late-game Chaos Knight with actual farm and items is a force to be reckoned with.

We feel like the first Major of the season is important not because of DPC implications, but because there are going to be enough games for teams to perhaps show us something new. With meta being as stable as it was for the past six months, it is getting progressively harder to find talking points: mixed damage cores and tanky frontline heroes in the offlane are the two phrases we have been repeating for a long while and, honestly, it is time for a change.

Hopefully the Outlanders Update is going to present some sort of a meta shift on top of introducing two new heroes. As for now: our blog has a lot of information on what, how and why most things work in the current patch.

Only two weeks until the patch :D Just in patch is delayed 2 months The fact that this patch has gone on for so long just means we are gonna see the same heroes in every game ala void, gyro, kotl, etc. I hope we get some drastic changes not only to the meta but to the map/talents as well.

This is by far the most time between two major patch versions (7.22 that came out in may, and 7.23), I'm not sure I'm liking it, the meta can evolve all it wants by people and teams trying out new things and realizing it works pretty well, and that's good, but still there's no way to avoid the game getting stale.
Stale enough for me to be on my least active ever since I started playing Dota 1 well over a decade ago. @AvoNKraD you can say that again. I was playing 2-5 games a day before TI and now I barely play 2 games a week. I understand that Valve needs to make sure that the patch is sound, but I believe that giving a big patch before the first minor/major after ESL One would have been best, as it would have allowed for the new season to be truly new. Couple the stale patch, with the rest from LGD, old Liquid, OG, and Secret, and I am not hyped at all to watch the major

I think we're all in the same boat here, guys) You can't imagine how hard it gets by the end of the patch life-cycle to find something new and interesting to discuss. I swear, if I have to write "TANKY FRONTLINE OFFLANER" or "MIXED DAMAGE CORE" once again, I will go crazy.

At least my TI9 Predictions turned out ok, am I right? )

Let's just make a petition/begging post on Reddit about how we would really love for the Major patch to come out within a week or two after TI. Lay down the groundwork and such.

It wouldn't even have to be within two weeks, just before the new Pro Circuit season comes out would be nice. It'd make perfect sense for the patch to land as soon as the Pro Roster change window shuts.

I haven't been able to play Dota recently as I've moved house and need to get a new set up but until the patch drops I don't feel motivated to buy what I need to play.

Damn straight, KawaiiSocks.
To be honest, I'm fine with 3-4 month cycles between major patches, but over half a year is a bit too much. Closing Thoughts : If you don't wanna get low priority or get flamed, Don't pick CK! Why are they even having the new season tournaments attribute DPC points in the old TI9 patch when the next years champions win and compete on a new patch?

Is the excuse 2 new heroes? Can't wait for the new patch