We know the patch is coming some time soon. It is still a question of whether it is going to be a big patch, fundamentally changing the game with new mechanics and maybe some map changes; or it is going to be a small patch, focusing on balance changes before the upcoming TI. We truly hope for the former, however given how close we are to the biggest tournament of the year, it might be the latter. Hence our wishlist is going to be a little bit reserved.

It feels like the main “concept” of the current patch is repositioning. Heroes like Tiny, Marci, Earth Spirit and even late-game Tusk with Aghanim’s Scepter are rated very highly, because they always give you a win condition, even if you are losing economically.

Getting a hero into an isolated position where their teammates can’t help at all is an effect comparable to a well placed Black Hole, more or less. You get a quick pick-off to start a fight and the snowball off of that. It is also easier to execute, while having a much lower commitment cost, when compared to big, “comeback” ultimates.

The tri-core meta, with “carry from the offlane” is both a response and a result of that. Teams adapted by having three high priority targets. The reason this greed is possible is because a lot of position four heroes can now be playmakers, as mentioned previously.

The end result is we see very few actual teamfight initiating heroes in the third position: this role is fully occupied by lane dominators like Necrophos, Razor, Viper and sometimes Death Prophet. The only meta hero who fits the historical description of the offlaner right now is Enigma, and even then he is mostly picked for his ability to control the lane and quickly transition into necessary team items, usually a Wraith Pact.

We don’t have a clear solution to what shouldn’t necessarily be considered a problem. It was an organically developed playstyle and we can’t be sure there are no counters to it even in the current patch.

However, we feel like the International should still have the International heroes on the forefront and maybe some love to teamfight initiating position three heroes could be in order. Alongside some miniscule nerfs to offlane dominators: being a carry in the current meta is one of the most miserable experiences, unless you are playing one of the few lane dominating carries yourself, or get a favorable matchup.

Another big thing of the current patch is total (Recipe Cost). Truth be told, it’s always been pretty important when it comes to item choices, but it is especially noticeable right now. Pretty much no one builds big, teamfight items like Guardian Greaves (1500) and Pipe of Insight (1550), because what they give you in the current meta is simply not worth the asking price of 1500+ gold.

Pipe is usually ignored in favor of Bloodthorn (1625) that has Mage Slayer (400) as one of its components and it really complements a lot of illusion carry heroes in the current meta. Getting Wraith Pact (650) is also generally considered a better investment. Both of them provide a comparable, if not superior, effect when it comes to damage mitigation while being more cost efficient.

We feel like some small recipe price adjustments can go a long way to solving the item meta: we’ve seen how powerful a timely Crimson Guard (800) purchase can be and allowing players to find creative solutions to problems posed by the enemy draft, without ruining their economy, would definitely be a step up.

At the same time, increasing recipe prices for some of the meta staples could go a long way: Refresher Orb (1700) comes to mind as one of the most consistently purchased late-game recipes. The ability to double-BKB and\or double-ulti should realistically come at a higher cost than a wasted item slot.

Witch Blade (600) is also a bit too value for the money. A recipe basically gives you a ~300+ damage DoT/Nuke with a slow every nine seconds, while providing very good stats on top of it. For comparison, Dagon I (1250) gives you a 400 damage nuke every 35 seconds and the stats it provides are nowhere near as useful. Witch Blade also scales much better and has a niche, but nonetheless powerful Revenant’s Brooch (1400) progression.

There is an argument to be made about early game Orchid Malevolence (300) but the fact is there are way too many dispel effects in the game and unless this item is appealing enough in the early game, it will stop being built at all.

It has a timing window, it can be later upgraded into decent, but not particularly cost-efficient Bloodthorn and we feel like the whole progression right now is in a good place: Bloodthorn costs an arm and a leg, but it must be used very cautiously to have any effect at all in the late game.

Neutral Items are a controversial mechanic and different players will have a different opinion on the trade off between balance and gameplay diversity. That said, Tier Five items must be either toned down, reworked or rebalanced, because high-impact, TI-invite deciding professional matches are now being decided by a coin flip. This is not ok and it is a position that shouldn’t need any further elaboration, regardless of your stance on Neutral Items as a whole.

There are also several problematic items among lower tiers, though they create somewhat niche problems. The biggest one is Fae Grenade that can make a 4600 gold Linken’s Sphere irrelevant.

Spider Legs also create more problems that they solve. Depending on the game, it can give the bearer an almost unlimited chase and disengage potential. It is a very exciting item to have, but it is absolutely not balanced.

We’ve also touched on the overabundance of dispel effects among Tier 4 items and we still firmly believe it is an issue to support hero diversity in general. Though this point is a bit moot, considering how the average game duration for the Major barely crossed the 37 minute mark.

We are all excited about the upcoming changes, but we would advise all our readers to rein in their expectations: the International Qualifiers start very soon and it is unlikely Valve will go for a fundamental game redesign so close to an event this important.

That said, there are still many ways new patch can be exciting and fresh. Even the smallest of balance changes can have a huge snowball effect on the overall meta.

What realistic changes are you hoping for the most? Share your thoughts in the comment section below. Wouldn't be a KawaiiSocks article without some bashing of Neutral Items.

But still quality piece my friend, keep it up! We should have picks and bans to neutrals. Period.

5 tiers, 5 items per team, if you include bans, that's at least a 75 point pick/ban session. Neutral Items are the cancer of this game. 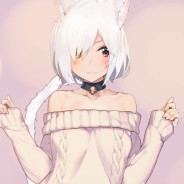 Allow LD bear to be speared by mars please. I would love for cheese heroes such as Meepo, Brood, and Bat to be buffed. add a new hero, a second Rosh-like thing down river and sideshops. Do NOT remove neutral items lmao I'm all for removing neutrals from the game, or allowing a person to choose what neutral item they want.

If a hero has a winrate of 55% like juggernaut then they need to be balanced.